I was looking forward to trying this Chicken Caesar Salad recipe and this was a great find from Julie Goodwin. 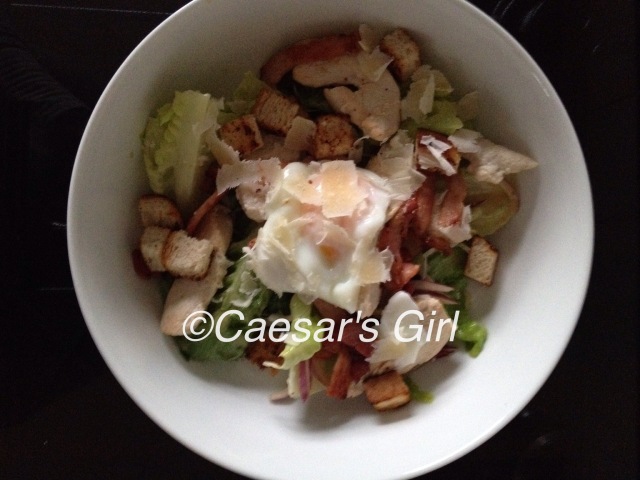 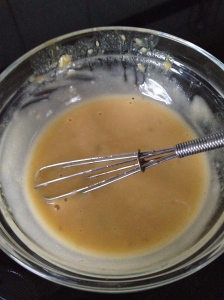 The recipe is simple, but there are a few steps to it.  Most of the recipe can be cooked in the same pan though, one after the other, which is fairly easy. 8/10 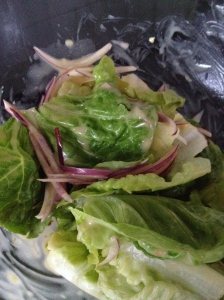 The chicken, bacon, croutons and egg all need to be cooked.  The recipe suggests one after the other, but if you prefer to cook them simultaneously the recipe wouldn’t take long. 8/10 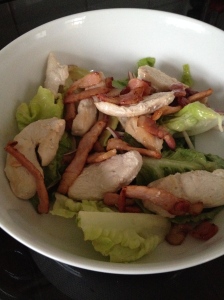 The salad was delicious.  It had the best homemade caesar dressing recipe that I have tried so far.  I would probably use slightly less anchovy next time, but the dressing was rich with a  great balance of flavours.  The salad itself had a lovely combination of chicken, crispy bacon, crunchy croutons and fab poached egg, which all worked really well together.  8/10

I really enjoyed preparing and eating this chicken caesar salad recipe.  Caesar traditionalists would probably argue that the ingredients have strayed a bit too far from Caesar Cardini’s original, but there is no doubt the salad is great anyway and is well deserved of a rating of 8/10 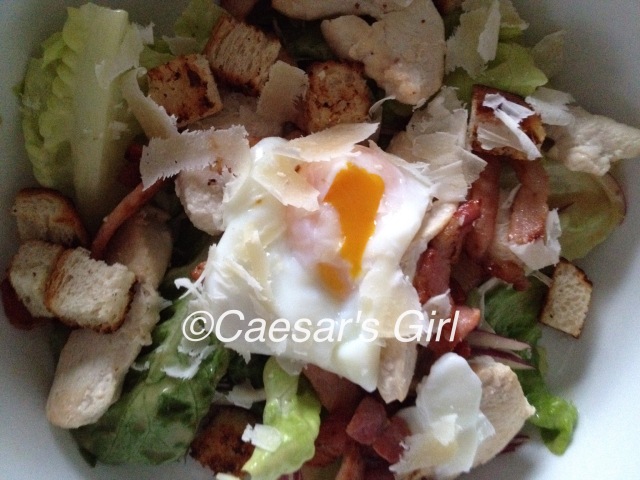